Mother s Day around the world 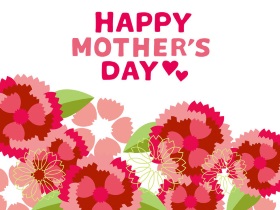 In Albania, as in a number of Balkan and Eastern European countries, Mother's Day is celebrated on 8 March, in conjunction with International Women's Day.

Mother's Day in most Arab countries is celebrated on 21 March. It was introduced in Egypt by journalist Mustafa Amin[58] and was first celebrated in 1956. The practice has since been copied by other Arab countries.

In Armenia, Mother's Day is celebrated on 8 March, and on 7 April as Maternity and Beauty Day.

In Australia, Mother's Day is celebrated on the second Sunday in May.

Belarus celebrates Mother's Day on 14 October. Like other ex-Communist republics, Belarus used to celebrate only International Women's Day on 8 March. Mother's Day in Belarus was officially established by the Belarusian government, and it was celebrated for the first time in 1996. The celebration of the Virgin Mary (the holiday of Protection of the Holy Mother of God) is celebrated in the same day.

Mother's Day in Bhutan is celebrated on 8 May. It was introduced in Bhutan by the Tourism Council of Bhutan.

In Belgium, Mother's Day (Moederdag or Moederkesdag in Dutch and Fête des Mères in French) is celebrated on the second Sunday of May. In the week before this holiday children make little presents at primary school, which they give to their mothers in the early morning of Mother's Day. Typically, the father will buy croissants and other sweet breads and pastries and bring these to the mother while she is still in bed – the beginning of a day of pampering for the mother. There are also many people who celebrate Mother's Day on 15 August instead; these are mostly people around Antwerp, who consider that day (Assumption) the classical Mother's Day and the observance in May an invention for commercial reasons. It was originally established on that day as the result of a campaign by Frans Van Kuyck, a painter and Alderman from Antwerp.

In Bolivia, Mother's Day is celebrated on 27 May. El Día de la Madre Boliviana was passed into law on 8 November 1927, during the presidency of Hernando Siles Reyes. The date commemorates the Battle of La Coronilla, which took place on 27 May 1812, during the Bolivian War of Independence, in what is now the city of Cochabamba. In this battle, women fighting for the country's independence were slaughtered by the Spanish army. It is not a public holiday, but all schools hold activities and festivities throughout the day.

In Brazil, Mother's Day is celebrated on the second Sunday of May. The first Mother's Day in Brazil was promoted by Associação Cristã de Moços de Porto Alegre (Young Men's Christian Association of Porto Alegre) on 12 May 1918. In 1932, then President Getúlio Vargas made the second Sunday of May the official date for Mother's Day. In 1947, Archbishop Jaime de Barros Câmara, Cardinal-Archbishop of Rio de Janeiro, decided that this holiday would also be included in the official calendar of the Catholic Church.

Mother's Day is not an official holiday (see Public holidays in Brazil), but it is widely observed and typically involves spending time with and giving gifts to one's mother. Because of this, it is considered one of the celebrations most related to consumerism in the country, second only to Christmas Day as the most commercially lucrative holiday.

See also Other observances in Canada

Mother's Day in Canada is celebrated on the second Sunday in May (it is not a public holiday or bank holiday), and typically involves small celebrations and gift-giving to one's mother, grandmother, or other important female figures in one's family. Celebratory practices are very similar to those of other western nations. A Québécois tradition is for Québécois men to offer roses or other flowers to the women.

Mother's Day is becoming more popular in China. Carnations are a very popular Mother's Day gift and the most sold flowers in relation to the day. In 1997 Mother's Day was set as the day to help poor mothers and to remind people of the poor mothers in rural areas such as China's western region. In the People's Daily, the Chinese government's official newspaper, an article explained that "despite originating in the United State